The weekend before last I attended the Convention held 11th to 13th October. It was my first, having been away from amateur radio for more than thirty years until my serious return in February 2018.

On Friday 11th I took the time during the day to visit Bletchley Park, which should perhaps be the subject for another post.

The Convention started with a welcome dinner, self-service, on the evening of 11th, sponsored by Martin Lynch. There was a choice but I had the “Indian”, which was fine.

The following morning the lectures began, and most I attended were in the VHF stream, starting with an interesting talk by Simon Watts, G3XXH, about Airborne Maritime Reconnaissance Radars for the RAF, 1946 to 2010. I slipped out for the HF propagation talk by Gwyn Williams, G4FKH before returning to VHF for the report on the IC9700 by Sam Jewell, G4DDK. I was most interested as I have just bought one. In the end I was not sure whether he thought the rig was a super DX machine for VHF. I will have to make up my own mind in due course.

After lunch on the Saturday I attended the talk by Chris Deacon, G4IFX on polarisation of 50 MHz signals via Sporadic E, the one by Marcus Walden G0IJZ about tropo ducts, and later the presentation by Richard Banester, G4CDN concerning 2m ionoscatter. Fascinating stuff.

In the evening there was a formal dinner which was good, but I did not stay for the after-dinner address as I was very tired.

After breakfast on Sunday, probably the best meal of the day, we heard from Noel Matthews, G8GTZ, about EME from the 32m dish at Goonhilly, which was very entertaining, and then from Chris Whitmarsh, G0FDZ about working 122 GHz and up. Something for the really clever guys! Neil Smith G4DBN then spoke about decoding with MGM (if I can hear it, why won’t it decode?) and after lunch he also spoke about getting started with MGM, substituting for M1BXF who was unwell. I hope he is better now.

That was the end of my Convention, which I enjoyed, and which was good value for money, I thought. In between the lectures I had time to visit the various stands. Martin Lynch as sponsors had a long bench, and Icom, Yaesu and Kenwood were also represented. There was a substantial RSGB bookstall where I bought my book on the IC9700 (very useful), and in another room various organisations were represented, such as RAIBC, CDXC, and the UK Microwave Group.

I am looking forward to next year. It was a very rainy weekend, but we did not have to brave the weather as all walkways between the buildings were covered. The accommodation was adequate although I did have a couple of issues with my room, but that is a minor complaint. All-in-all, time well spent.

Lack of activity on 2 metres SSB 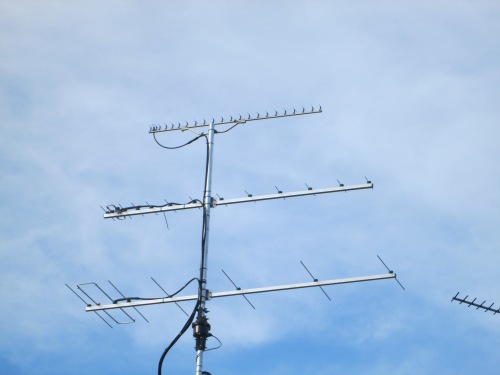 We all know there is a lack of activity on 2 metres SSB (and I guess CW), and we have the same problem on 70 centimetres. However, the main thrust I want to make is about 144 MHz

However, I often call CQ for quite a while without anyone coming back. I know from talking to other regulars they have the same problem, yet I know there is no lack of well-equipped stations who could come on and make life more interesting. One only has to be QRV on the first Tuesday evening of each month when the UKAC is on to hear dozens of stations calling “CQ contest” from up and down the country. Then again, as soon as there are decent tropo conditions and openings, there is more activity. Also, there are the “big guns” who come out for Sporadic E openings.

Part of the pleasure of amateur radio is just talking about radio, comparing notes, discussing the merits of various rigs and antennas, and talking about conditions. I really do not understand what fellow amateurs get out of just lurking, waiting for an opening and not talking to the rest of us.

Come on, everybody, get more active and enjoy talking to the rest of us. Share your knowledge and expertise and let us have the pleasure of making your acquaintance.

After several decades absence I have been operational on 2 metres SSB since the end of February 2018. I have been using an old Eighties FT290R and a small amplifier running only 25 watts to a 7-element antenna.

I have not observed any spectacular tropo openings, but last week we had some propagation into Scandinavia.

On 8th October in the evening I worked

And on the morning of 9th

And in the UKAC 70 cms contest in the evening of 9th with one watt:

The opening seemed very localised. There was not much good propagation in between, at least as far as my location in Hockley, Essex was concerned. However, good results can be had with a modest station. I am hoping to have a bit more power soon.